DSWD encourages solo parents to avail of programs, services offered by the Department 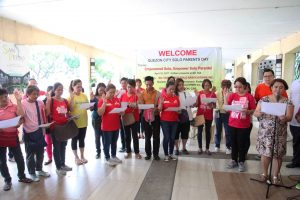 DSWD Usec. for Promotive Programs Malu Turalde administers the Oath-Taking of the elected presidents of the solo parents’ organizations in Quezon City.

Department of Social Welfare and Development (DSWD) Undersecretary Malou Turalde-Jarabe encouraged solo parents from urban poor communities to avail of the programs and services being implemented by the Department, such as Sustainable Livelihood Program (SLP) and Assistance to Individuals in Crisis Situation, among others during the Solo Parents Day celebration at  the Quezon City Hall over the weekend. 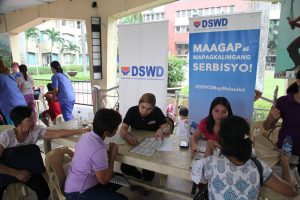 The DSWD official, likewise, underscored the need for a database of solo parents so “we would know what programs and services are needed.” 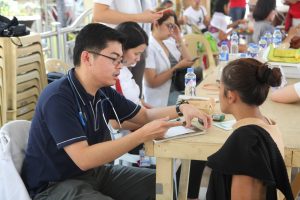 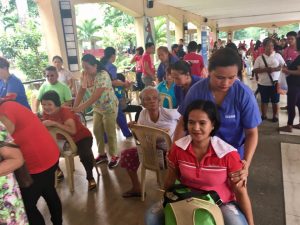 The whole day event was organized by 4Ks Task Force on Solo Association, Inc.; QC LGU; and, the Federation of Solo Parents in Luzvimin.

Solo Parents Day is held annually in Quezon City by virtue of a local ordinance.